From 1 January 2018, a vacant residential land tax may apply to homes in the following municipal councils; 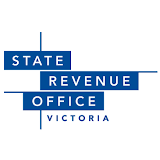 The tax applies where properties were vacant for more than six months in the preceding calendar year. This tax is different to land tax, the absentee owner surcharge and the federal annual vacancy fee. The vacant residential land tax is assessed by calendar year (1 January to 31 December) and the six months do not need to be continuous. This is an annual tax set at 1 per cent of the capital improved value (CIV) of taxable land.

Residential property is land that is able to be used solely or primarily for residential purposes, such as a home or an apartment. It does not include vacant land, commercial residential premises, display homes, residential care facilities, supported residential services or a retirement village.

What does “vacant” mean?

A property is considered vacant if, for more than six months in the preceding calendar year, it has not been lived in by:

The owner, or the owner’s permitted occupier, as their principal place of residence (PPR), or
A person under a lease or short-term leasing arrangement made in good faith
The occupation does not need to be by the same occupant or for a single continuous period
It is not enough that the property is available for occupation, such as by listing on a short term rental website. It must actually have been used and occupied for more than six months
It is not enough for the property to be used intermittently or on a casual basis by friends or family of the owner. The use and occupation must be either as a principal place of residence, or subject to a bona fide leasing arrangement.

In addition, homes that are unoccupied for more than six months of the preceding calendar year may be exempt from the tax if:

Homes will not be considered vacant for up to two years from the date a building permit for construction or renovation was issued. The Commissioner of State Revenue can extend this period under certain circumstances. You do not need to notify the SRO about such property.

If you own a property that was unoccupied for more than six months during 2017, you were required to notify us about the property by 15 January 2018.

Binding Financial Agreements, or what some people call ‘pre-nups’, can be a useful tool for parties who wish to pre-determine how their assets should be treated in the event of relationship breakdown.

However, these Agreements are not without risks and should be drafted carefully and not entered into without proper consideration of all the relevant issues.

The High Court was recently asked to decide, on behalf of an appeal by the wife, whether two Binding Financial Agreements (or ‘BFAs’) should stand, in the matter of Thorne v Kennedy.

The Husband (or, in the event, his estate, who continued his matter following his death) sought to enforce this document as against the Wife, as it had been signed by the Wife and she had sought legal advice prior to signing and provided a solicitor’s certificate evidencing this advice.

The Wife argued she signed this document because she felt she had no other option and argued it should be set aside because of the circumstances in which she signed it.

The court considered relevant factors to the decision on whether the BFA should be upheld included:

The Court held that the BFAs (there were two, the second with small amendments), could not stand and would not be enforceable as against the Wife.

The Court held the Husband had engaged in ‘unconscionable conduct’ which is to say the actions of the Husband in having the Agreement signed by the Wife, in the circumstances, voided the Agreement and made it unenforceable.

The Wife was found to be under a ‘special disadvantage’ in terms of this Agreement, because of a number of factors, which included her inferior financial position, her very recent arrival in Australia from overseas, her obligations to her family who came over for the wedding, and her resultant lack of options when told to ‘sign or the marriage is off’.

What does this mean for parties negotiating BFAs?

Where two parties are in such different financial positions, this case emphasises how important it is to proceed with caution when drafting BFAs.

This includes ensuring both parties have time to negotiate the terms and get comprehensive legal advice. It also suggests the ‘timing’ of such negotiations are relevant, so that negotiating terms close to a wedding is not without significant risk.

The case also underlines the willingness of a court to consider the ‘fairness’ of an Agreement, if all other factors point to one party being at a serious disadvantage to the other.

In terms of negotiations, the case suggests that where one party holds significantly more in the way of financial resources, if you are acting in that party’s interests, a safer approach is to consider drafting slightly more generous terms than originally imagined by the resource-rich party. This is because a better outcome is for a slightly more generous but enforceable Agreement, rather than a harsher but unenforceable Agreement, should the BFA be challenged by a party at a later date.

We welcome your enquiries in relation to drafting a Binding Financial Agreement and are happy to provide an initial conference, at no charge, that you may consider your various options upon marriage, de facto cohabitation or separation.

Small businesses should be aware of new Australian legislation (Privacy Act 1988 (Cth)) that will come into effect on the 22 February 2018. If you trade in personal information for example, small businesses will still be caught by the new Legislation.

The Notifiable Data Breaches scheme introduce an obligation to notify individuals whose personal information is involved in a data breach that is likely to result in serious harm. The notification is to also include recommendations about steps individuals should take in response to the breach. The Australian Information Commissioner (AIC) must also be notified of the breaches.

An eligible data breach arises when the following three criteria are satisfied:
Small businesses should ensure they are ready to evaluate and deal with such a breach.

As of March 2018, all transfers of land and corresponding conveyancing settlements must be lodged electronically (via a service such as PEXA) where there is no lending institution involvement. An exception to this rule can apply in cases where the particular transaction has a certain degree of complexity accompanying it, such as those relating to survivorship applications, where a joint proprietor has died.

We are pleased to note Prompt Legal Services has performed PEXA settlements for quite some time and will happily assist you in navigating this new digital property-market environment. Please call our office for further information.